← back to
Kompakt
Get fresh music recommendations delivered to your inbox every Friday.
We've updated our Terms of Use. You can review the changes here. 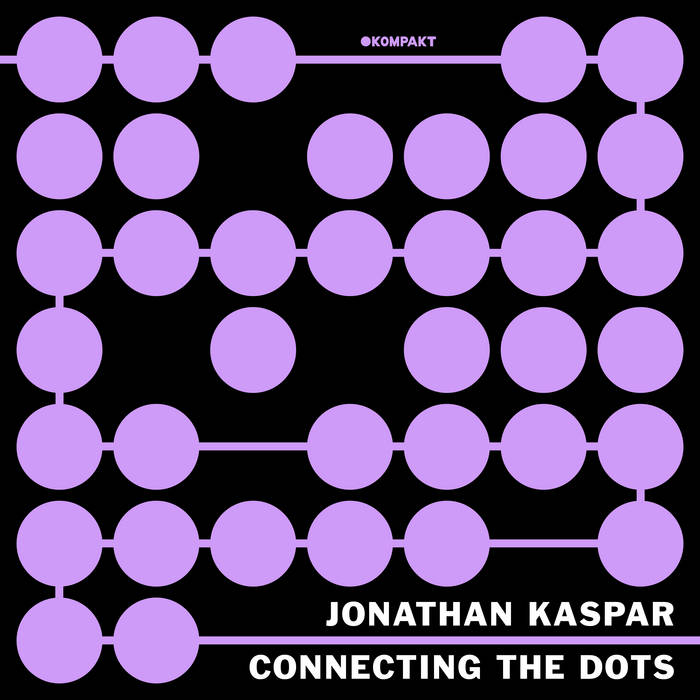 With Cologne-based DJ and producer Jonathan Kaspar, an artist who only began to engage more intensively with the label's sound in the late noughties is dedicating himself to the Kompakt archives. This distinguishes him and his perspective on music history quite clearly from First Generation veterans such as Tobias Thomas or Robag Wruhme, who have been involved in the triumphant advance of the label, but also that of a certain sound, whose "Connecting The Dots" mixes have this majestic aura and the slightly precocious knowledge of absolute masters of their trade, in which every beat, every hissing hi-hat is loaded with mountains of history.

In that sense, Jonathan Kaspar was boarding the train half way when he first discovered Kompakt in 2007. He therefore connects entirely different dots than his predecessors and that leads to extremely exciting, unforeseen and novel results. An example of this is the fantastic musical arc he spans roughly between tracks 6 and 15, the prime time of his mix, so to speak. With the intuition of a star chef, Jonathan conjures up a complexly composed menu of two old Supermayer pop techno classics and the timeless borderline funk of Schaeben & Voss feat. Schad Privat, the überhit "Conjure Superstar" by Maceo Plex and finally tracks by artists such as WhoMadeWho, GusGus and Terranova, whose formative contribution to the Kompakt sound of the decade is hereby once again expressly acknowledged.

What amazes throughout the entire length of the mix and not least wherever one has been lucky enough to experience Jonathan live - for example in his beloved Gewölbe Club in Cologne - is his unbelievable precision, in terms of craftsmanship as well as the timing of his transitions and the dramaturgical order of the individual tracks. If his handwriting just reminded you of that of a good chef, at the same time you always have the feeling of listening to a highly talented surgeon at work, if you know what I mean. A small example of this too, straight from the beginning of "Connecting The Dots 4": Into the floating of Closer Musik's "One Two Three (No Gravity)" Kaspar cuts the beat of Superpitcher's "Moon Fever" remix of Gluteus Maximus into it like with a sharp scalpel. But it's not a cold, technocratic precision that guides his hand in the process. It is done with all warmth and care, with love and respect for the material. The first cut is always the deepest. For a long time he holds the tension between the two tracks until, stitch by stitch, he has sewn them together so tightly that they become one in the mind. The art of the DJ doesn't get much better than this.

Finally, with Terranova's "I Want To Go Out," Jonathan brings up his own wistfulness, the great longing to return to the nightlife. His mix for Kompakt is, not least because of this, a great homage to club culture. At the end of a long night, Jonathan brings us safely home with some rarely heard gems from John Tejada, COMA, Jatoma, Echo Club and finally ambient luminaries Ulf Lohmann and Andrew Thomas. The first rays of sunlight already bathe Hans-Böckler-Platz in a delicate, pinkish light. We'll be back, no question about it.

Bandcamp Daily  your guide to the world of Bandcamp

Semiratruth joins the show to discuss their latest release, "loading..".